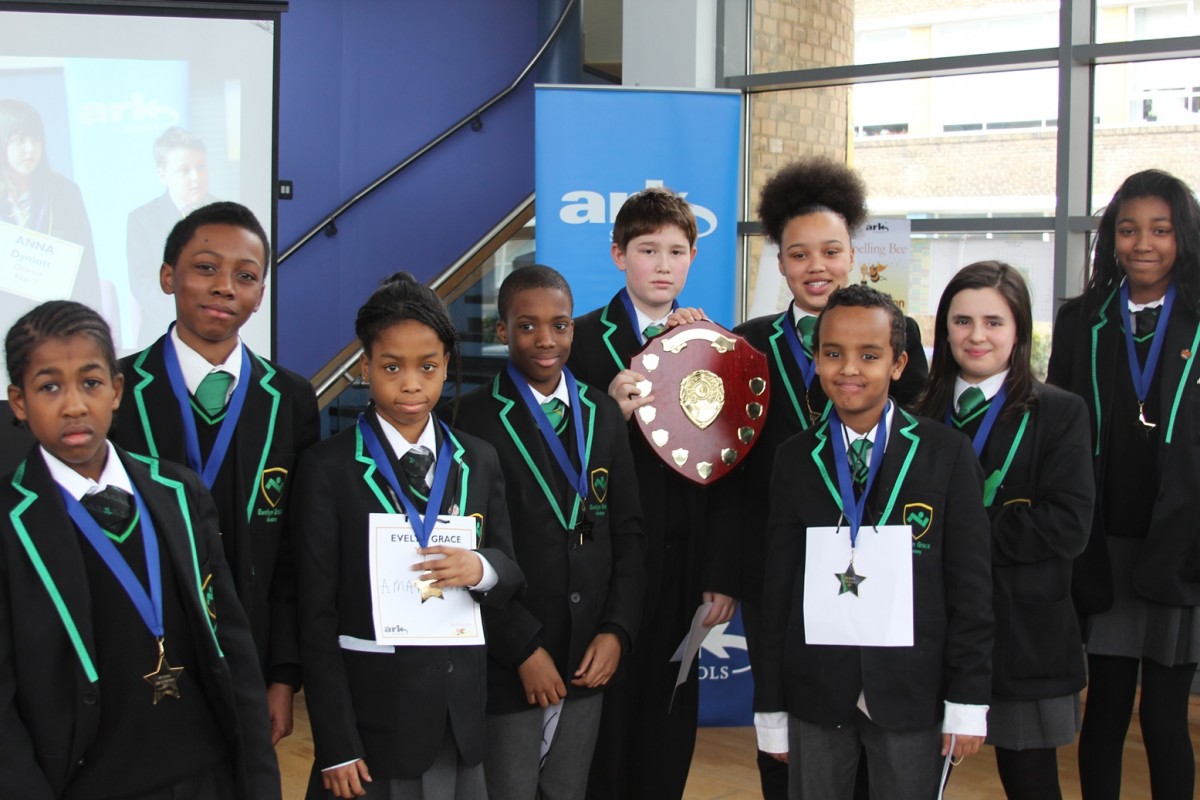 On 27 March, Evelyn Grace Academy left the fourth annual ARK Schools Spelling Bee with the Champion’s Shield. They proved that their team were the best spellers by accumulating the most points across various spelling challenges throughout the day.

An Evelyn Grace student said: “To practice, my mum read words out (she pronounced them wrong) and I had to figure out what it was and spell it anyway!”

Jay Devanney, a year 8 pupil from Burlington Danes Academy, won the Individual Knockout Round Final by spelling "technique" in front of more than 80 pupils and teachers. Jay triumphed over fellow finalists from Evelyn Grace and ARK Kings after a long and tense spelling battle.

The overall top scorer in the quick-fire round was Rae Boyd-McKenzie of Evelyn Grace who said: “It felt great to win. I have silver medals from being a runner-up last year so to receive gold medals this year feels overwhelming.”

Bolingbroke Academy won the Boggle Grid competition with a score of 116 points.

The Spelling Bee is open to ARK Schools’ students from years 7, 8 and 9 and is part of an ARK enrichment programme that promotes the importance of spelling and literacy in an engaging way. The competition was hosted by Burlington Danes Academy winners of last year's Champion’s Shield.

“The Spelling Bee is a real highlight in the ARK calendar and hosting it has been a pleasure. Having so many ARK schools converge in one place always makes me feel proud to be part of such a thinking network.” Teacher at Burlington Danes Academy.

While trophies and medals were won by those who succeeded on the day, the real winners were all those who participated. The Spelling Bee gave them the opportunity to meet and compete against other ARK students and learn in an exciting and fun environment.

An ARK Kings Academy pupil from Birmingham said: “I enjoyed seeing London and watching the spellers spell. Learning spelling and literacy will help you speak and spell better so you can get a good job in the future.”