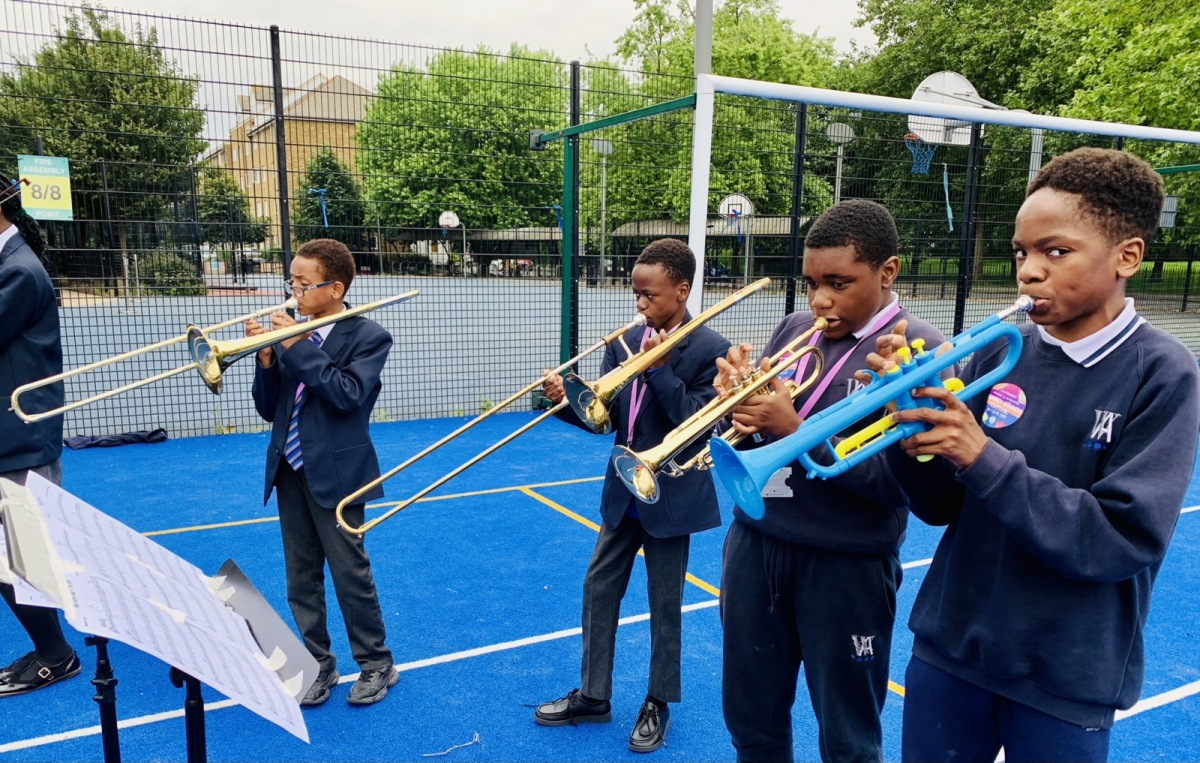 This year, the Ark Music team brought festival vibes to our schools with the launch of the Summer Sounds festival.

From 12th until 16th July, the event connected the school community and was an excellent opportunity to celebrate the end of the year.

The festival was the first Ark event where every element of the festival had been designed and created by students, allowing them to showcase their talents, celebrate together and cultivate their love of music and creativity in schools.

With a mix of virtual and in-class activities, it was a fun and jam-packed week with activities such as:

Carys Evans, Ark's Music Programme Manager, said: "Students have experienced continued disruption this year, which has limited their opportunity to engage in the performing arts and to be creative with their peers. This one-of-a-kind festival put young people front and centre, allowing them to express themselves, make decisions, and create bold and exciting new pieces of work, telling inspiring and emotional stories that reflected the challenges and triumphs of this year. The Summer Sounds festival has proven what an incredibly diverse array of talent there is in the Ark network!"

The event was also praised by the those involved and the school communities:

“Well done guys you are doing a great job and things like this are brilliant for the school and children overall. I think that Art and Music are so important for children to get involved in so glad to see Ark getting involved." (A parent)

“I loved being a Young Producer because it’s been so much fun. I've loved having the opportunity to do all this and I like to say I've made some new friends as well. I have learnt lots about festivals and how to organise stuff.”  (Primary Young Producer)

“I would just like to say how much our children have enjoyed this week. It almost feels ‘normal’ again.”  (Deputy headteacher)

Here’s some highlights from the Summer Sounds Festival:

Ark’s Music team is committed to making music accessible to everyone and works with partners to make this possible. If you’re interested in supporting the programme, please get in touch with carys.evans@arkonline.org.