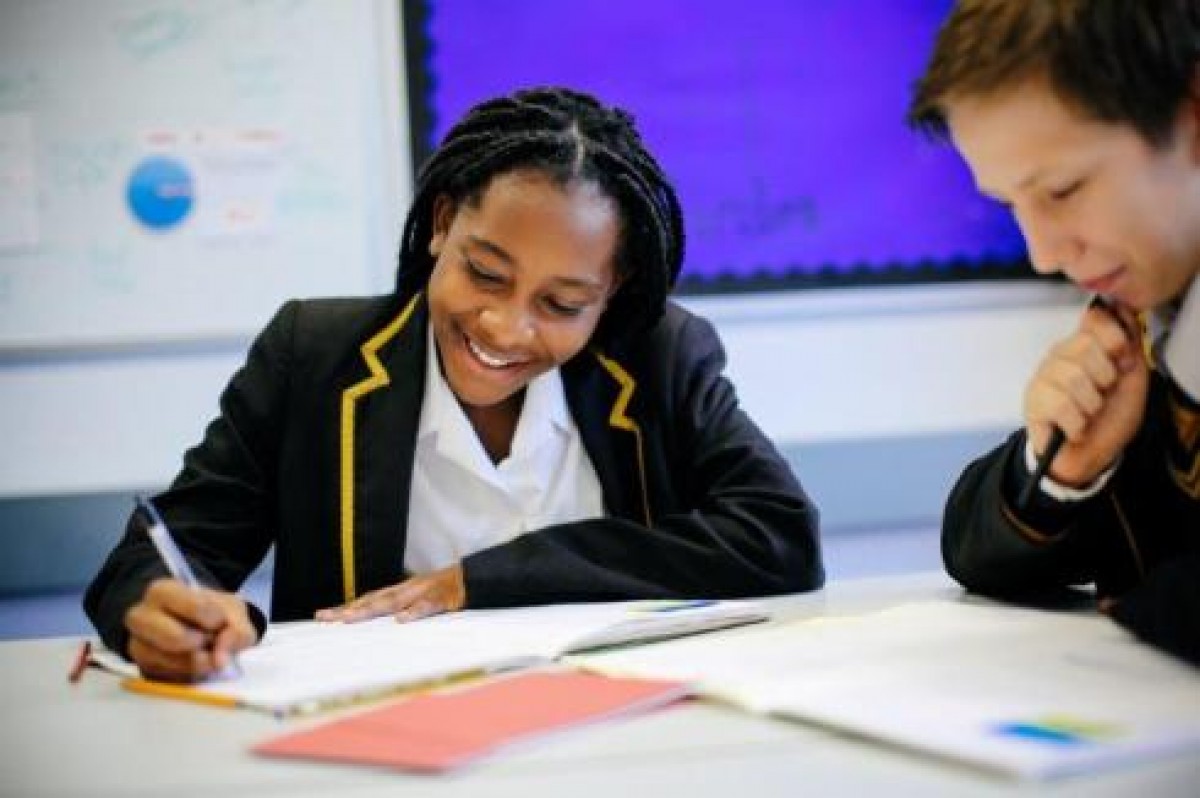 A new report from the education research foundation The Sutton Trust released today shows that leading academy groups such as Ark are having a transformational impact on their pupils.

The analysis of results from 34 academy chains shows that Ark schools secured the best results for disadvantaged pupils getting at least 5 good GCSEs including English and maths in 2014. 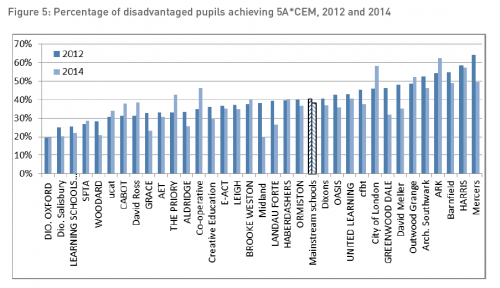 While other groups such as Harris and the City of London performed well, Ark was the best performing chain in maths, with over 80% of disadvantaged pupils making the expected progress in the subject. 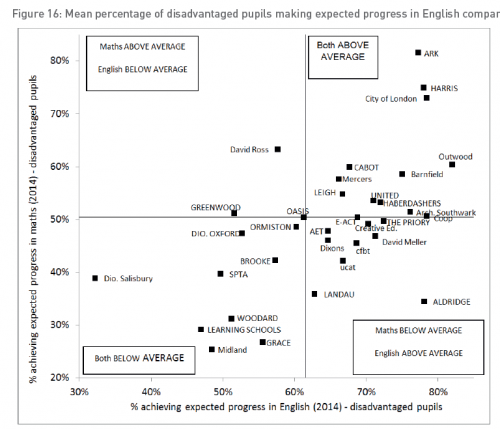 Ark also had one of the lowest attainment gaps between disadvantaged and non-disadvantaged students – less than half the average in mainstream schools - reflecting the ambition of providing high quality opportunities for pupils whatever their background.

The report, which raised concerns about the number of ‘coasting’ schools in some groups, was widely covered in the media.

Damian McBeath, who is executive headteacher of three Ark primary schools in West London, told the TES that Ark’s success “lies in its investment in staff and the collaboration between schools.” 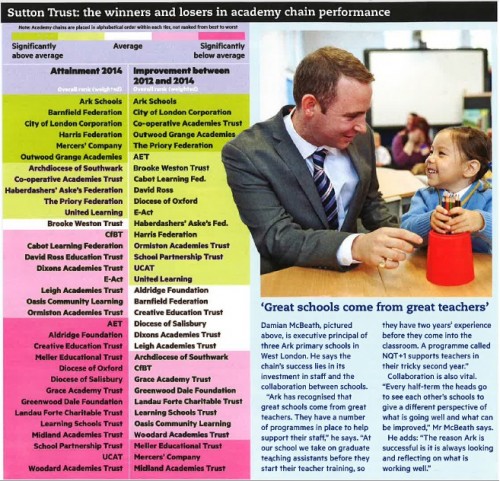 Matt Jones, Principal of Ark Globe Academy discussed the report’s finding with one of the authors, Professor Becky Francis of King’s College London on BBC London Radio this morning, talking about how the clear mission of closing the gap has helped focus the pupils to achieve strong results and become community leaders.