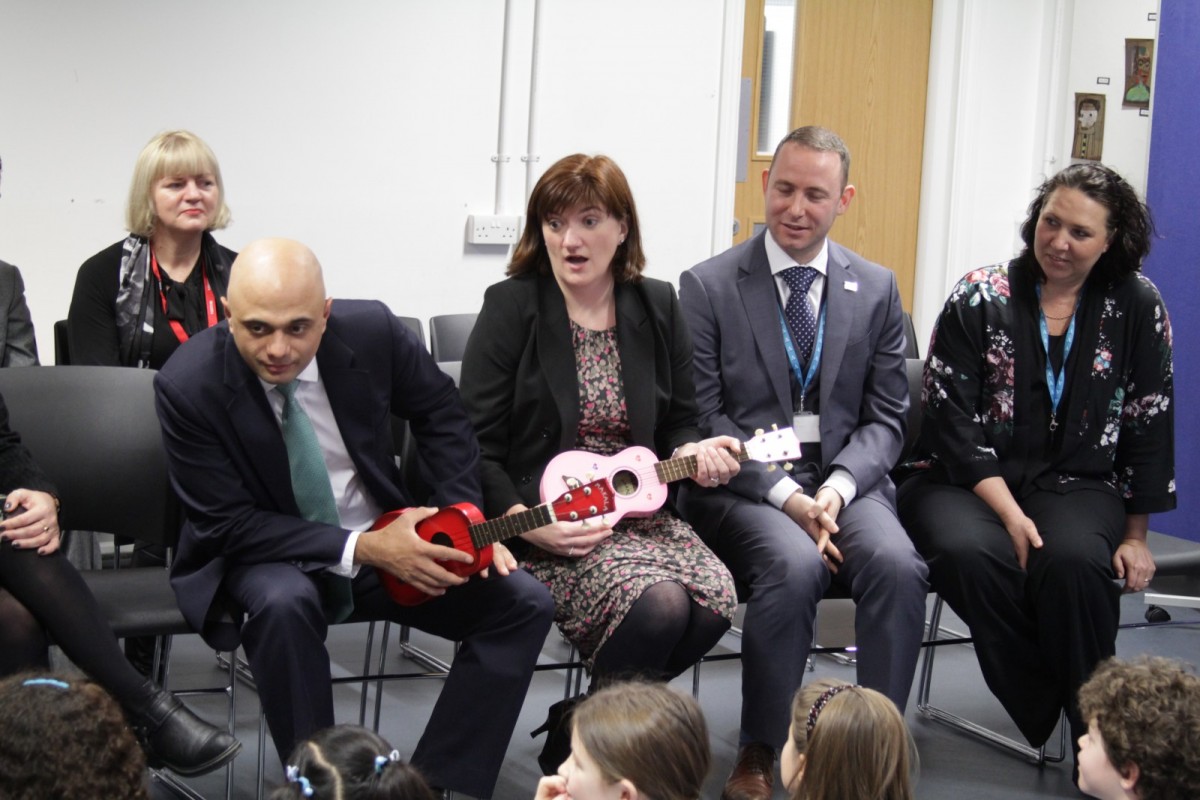 During a question and answer session with pupils from the school, Mrs Morgan and Mr Javid were quizzed on their favourite types of music, favourite instruments – and what it is like working with the Prime Minister.

The ministers even had a chance to show off their musical talents, with pupils showing them how to play chords on the ukulele.

Education Secretary Nicky Morgan said: “I was delighted to visit Ark Conway this morning to see the great work of the staff and the brilliant musical talent of all the children.

“Ensuring children have access to arts and culture is vital to helping them understand Britain’s cultural heritage and develop their own interests and personalities.

“That is why we have announced more than £109 million of funding to help make this a reality so that every child – no matter where in the country they are from – has the opportunity to experience some of the cultural initiatives that truly make Britain great.”

Executive Headteacher Damian McBeath, who also heads Ark Swift Primary Academy and Ark Bentworth Primary Academy, said: “It was a huge privilege to be able to show the Secretaries of State the work we are doing teaching music to each and every one of our pupils.

“The children put on an excellent performance and both Nicky Morgan and Sajid Javid later said how fantastic they thought it was.

“Our music programme is based on the belief that every child can learn a musical instrument with perseverance and support – and the fact that seven- and eight-year-olds can confidently perform in front of Cabinet ministers is testament to that.”

Last year, Ark Conway achieved the best results at key stage 1 (pupils aged 7) of any primary school in the country – including selective schools.