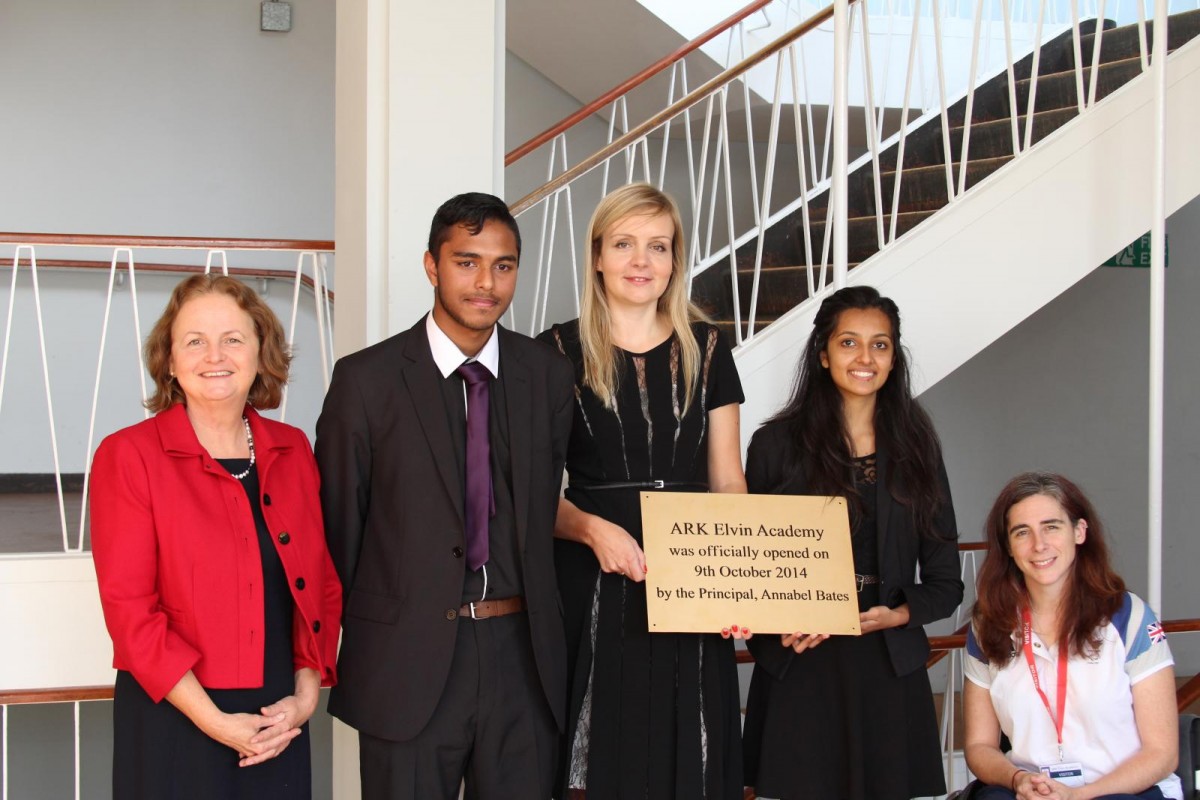 A Paralympian athlete has inspired pupils at a new ARK academy to aim for greatness at the school’s opening ceremony.

ARK Elvin Academy replaces Copland Community School and is now a new member of the ARK Schools network, a multi-academy sponsor with a track-record running successful academies, including King Solomon Academy, one of the ten best secondary schools in the country.

Principal Annabel Bates told pupils: “Our motto is magna aude, which means ‘dare for greatness’, and we talk every day about how each of us can achieve this: through pursuing audacious goals, acting with integrity, and making sure we are always learning.”

Team GB Paralympian Claire, who was paralysed in one leg in 2008 after an accident, said: “The motto magna aude is one that I lived by when I dared for Paralympic greatness.

“What I learned is that you don’t have to see the whole journey to take your first step – greatness means knowing you are better today than you were yesterday, every single day.”

Having only been open as an ARK academy for a few weeks, pupils have already begun to notice the difference. Year 12 ARK Elvin student Kishan, who has been at the school since Year 7, said: “ARK is definitely the best thing that has happened to this school.

“The teachers are really focused on behaviour and pupils’ personal development. We have a longer school day and extended time with our form teachers, so we can each focus on our own goals.”

Kishan, who is studying for his A Levels in Chemistry, Physics, Biology and Maths, hopes to go to university and study chemical engineering.

Councillor Ruth Moher, Brent Council’s Cabinet Member for Children and Young People, said: “The launch of a new school is always a very exciting time and that is certainly the case with the official opening of ARK Elvin Academy.

“The school has clearly set out how it aims to help its pupils aspire for great things and to fulfil their potential, which is what we also hope for them.

“I wish the new school and its pupils every success in the future, and we look forward to working with the Academy going forward in providing the young people of Brent with a top class education and the best start in life possible.”