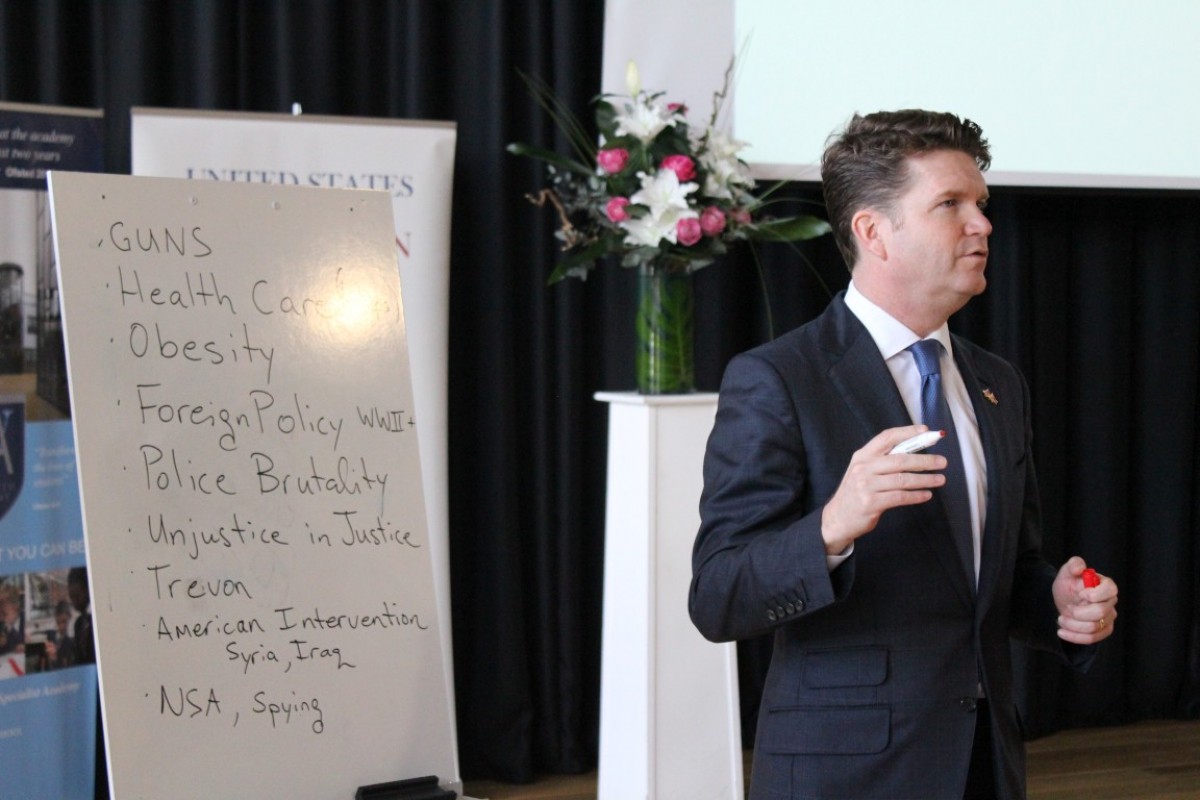 Sixth form students at ARK's Walworth Academy were at the forefront of international diplomacy last month, with a visit from the US Ambassador to the UK, Matthew Barzun.

The Ambassador visited the school to find out what the students of Walworth think of the US and to discuss the issues that were important to them.

The visit started with an interactive presentation, where students voted using clicker buttons, to establish students' perceptions of the US. The Ambassador learnt that 76% of students had not yet been to the US, although 75% of students said they would consider going to the US to live, work or study.

The presentation also addressed more controversial topics such as violent crime, treatment of minorities and access to emergency care.

The Ambassador asked the students for their opinions on which foreign policy issue was most important to them: 33% said international terrorism, 30% said Israel Palestine, 13% said Afghanistan, 13% said UK and the EU and 11% said Syria.

The Ambassador was keen to know what concerns the students had about the US, the students came up with a varied and thought-provoking list. Top of the list was guns, the Ambassador talked about the way in which the US responded to the tragic events at Sandy Hook elementary school and the strong debate in the US about whether or not to amend gun control laws.

The Ambassador finished his visit with a Q&A session with four selected Year 12 students who quizzed him on his own education, his move into politics, his perception of the UK and his advice to aspiring young people like themselves. Ambassador Barzun said his advice was to “realise how much power there is in asking other people for help.”

“He was excellent in engaging the audience, and an excellent communicator,” said year 12 student Rameen. “He was really down to earth, which I wasn't expecting.”

If you are interested in applying for Walworth Academy's sixth form, please visit http://walworthacademy.org/sixth-form/enrolment