Wrestlers call on Globe Academy to 'Be a STAR' 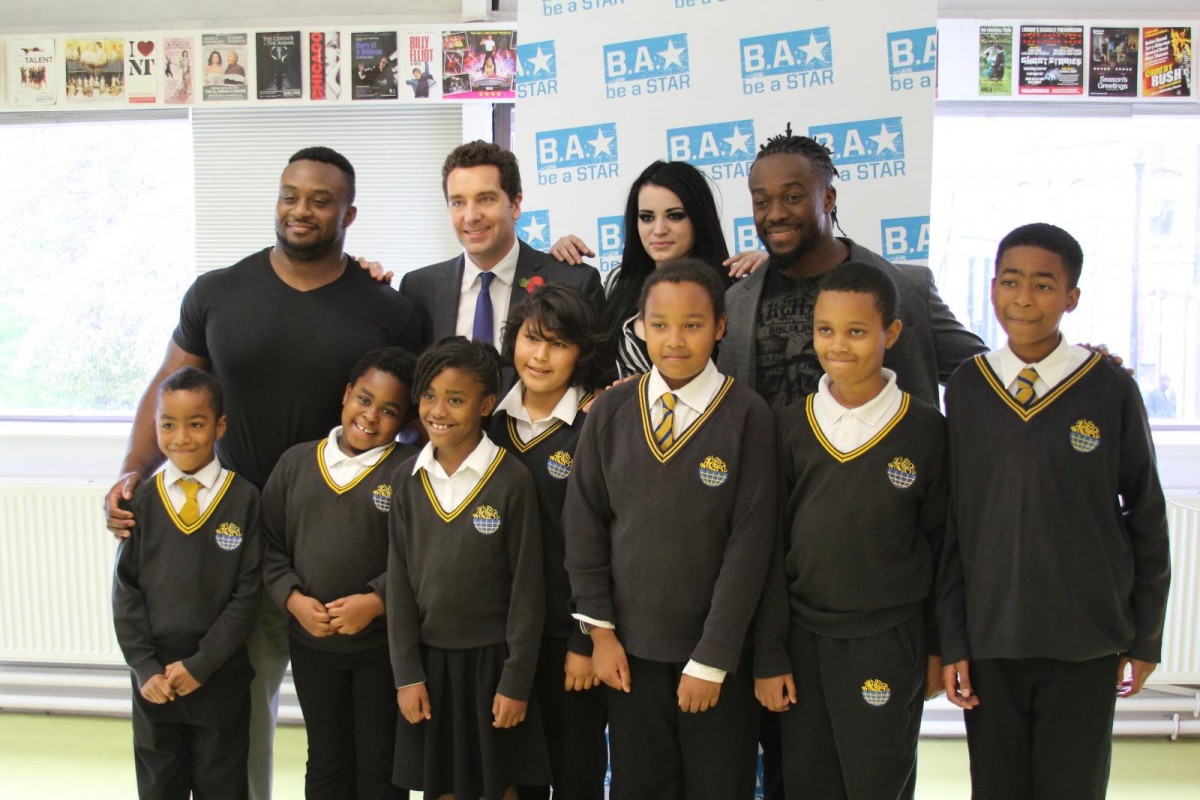 WWE performers Paige, Big E and Kofi Kingston attended the event alongside Ed Timpson MP, Minister for Children and Families. They were joined by a group of 150 primary school children from Ark Globe.

WWE and The Creative Coalition founded Be a STAR (Star stands for Show Tolerance And Respect) in April 2011. The mission of Be a STAR is to ensure a positive and equitable social environment for everyone regardless of age, race, religion or sexual orientation through grassroots efforts beginning with education and awareness.

Be a STAR promotes positive methods of social interaction and encourages people to treat others as equals and with respect because everyone is a star in their own right.

Currently, Be a STAR has 58 alliance members, including GLAAD, Ben Cohen’s Stand Up Foundation and the United Federation of Teachers all partnering together to take action against bullying.

In an ongoing effort to spread the word about tolerance and respect, WWE performers visit schools or community centers on a regular basis to speak with students about bullying issues including sharing their own personal stories.

Sam Colburn, Headteacher of Ark Globe Primary School, said: “It’s incredibly important that pupils can learn in a supportive, caring and safe school. Our philosophy is maintaining a calm environment, so that teachers can teach and students can learn.  It’s always valuable for pupils to learn from positive role models – so welcoming the performers from WWE helps pupils to understand that through hard work and positive behaviour you can achieve your dreams – and possibly even worldwide fame.”

Ark Globe Academy is a high performing school opened in 2008. The schools minister Nick Gibb recently wrote to congratulate Ark on its 100% pass rate in this year’s phonics check. His letter said: “The Department for Education wants to ensure that every child develops a firm grasp of phonics so I was obviously delighted to see your results. To be in the top 2% of schools with 100% of pupils achieving the expected standard in the check is a tremendous achievement and points to a high standard of phonics teaching in your school.”