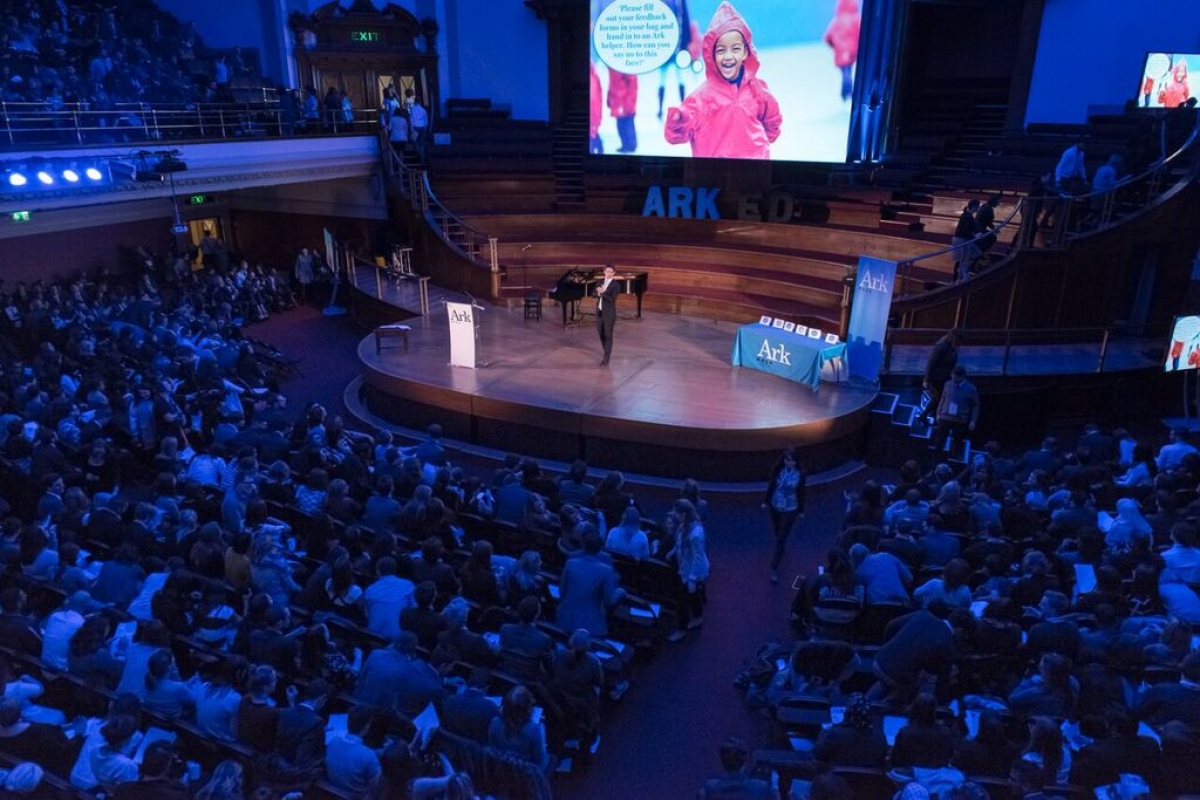 Nearly 2,000 teachers and teaching assistants from across the Ark network came together last Friday (12 February) for a day of professional development, collaboration and celebration as part of Ark’s Education Conference.

The day started with a series of 30 bespoke professional development sessions for teaching staff spread across two conference centres in Westminster- everything from helping primary teachers with their students' handwriting, to sixth-form teachers co-planning their A-Level Psychology lessons. The day culminated in a closing ceremony which celebrated individual schools' hard work and acheivements, with keynotes from Ark's Chief Exectuive and Director of Education. The main part of the closing ceremony involved staff being recognised for achieving outstanding results or displaying particular professional excellence. The awards were based on one of Ark’s Six Pillars, with award winners selected as exemplars of each pillar.

Ark Kings Academy English teacher Dr Elizabeth Rhodes, who won the Secondary Award for Excellent Teaching, said: “It's lovely to have your hard work recognised in such a public way. I really value Ark events like the conference which allow teachers from a range of contexts to get together, share best practice and celebrate the fantastic work we're doing to ensure that students from the poorest backgrounds get the education they deserve.

“I know there are far more teachers in the network and beyond who deserve acknowledgement for what they do, but I'm very proud to play a little part in such important work.”

Ark Blacklands Primary Academy teacher Darren Regnier was awarded the Primary Award for Excellent Teaching for driving a 15 point improvement to Year 6 results, leading to Ark Blacklands having the most improved SATs results in Hastings and St Leonards. In addition, he also led the school to sporting success, having coached the school team to win the Hastings Town Sports three years in a row.

Ark Elvin Academy teaching Assistant Abir Abdul Rahman won the Secondary Teaching Assistant Award for her outstanding work with students with English as an additional language and hearing difficulties. Principal Annabel Bates said: “Progress in lessons has increased significantly for pupils who Abir is working with, and their behaviour has been exceptional.

“She is a fabulous colleague and all children and adults in the school think she is wonderful!”