Ark schools are supported by a central team which works with schools to deliver the Ark vision. The central team helps by: 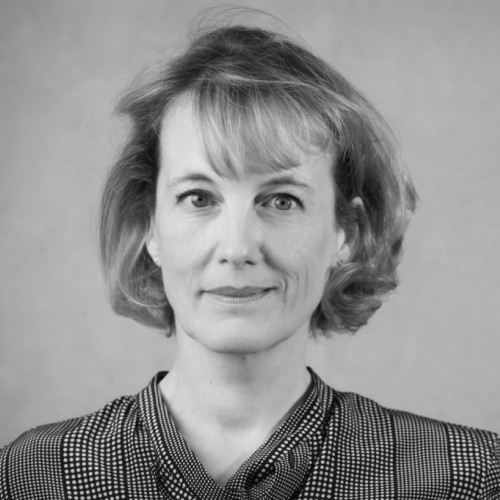 Lucy joined Ark in 2004 from TSL Education, a subsidiary of News International, where she was joint Managing Director. Her previous roles include General Manager of The Observer and Executive Chairman at Verso, a trade and academic publisher. She has worked for many years with a number of charitable and voluntary organisations including the Marshall Commission, Community Links and the Bush Theatre. 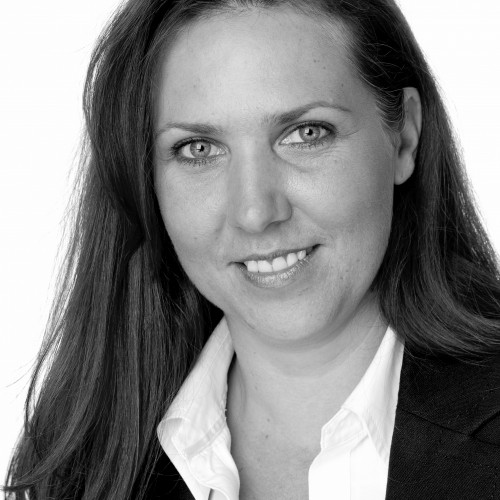 Venessa Willms spent seven years as Director of Primary for Ark before becoming Director of Education. Before this, Venessa was the founding principal of Ark’s King Solomon Academy (Primary). Prior to joining Ark, Venessa worked in the London Borough of Tower Hamlets as a senior leader in a primary school and led a science teaching and learning programme across a number of secondary schools. She has also served on Ofsted’s board as a non-executive director for 6 years. Venessa was awarded an OBE in 2016 for services to education. 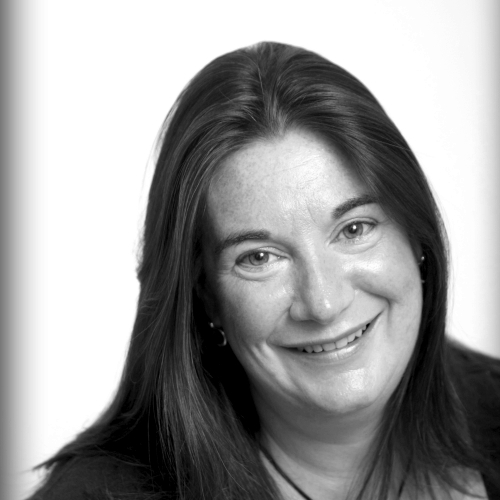 Jacqueline Russell joined the Ark family over ten years ago. She initially worked at Future Leaders as COO, now part of the Ambition Institute, prior to becoming CFO of Ark in 2017.

Prior to joining Ark, Jacqueline had experience of a variety of sectors including hospitality, retail and lottery. She was Finance Director of Geronimo Inns, The Conran Shop, and the inaugural Finance Director of the South African National Lottery, a role she held on secondment from the Camelot Group.

Jacqueline is Chair of Governors for Ark Globe Academy. She is also a trustee for CST, the national organisation and sector body for School Trusts in England and a member of their Finance and Resource Committee.

Jacqueline qualified at Price Waterhouse and is a Fellow of the Institute of Chartered Accountants. 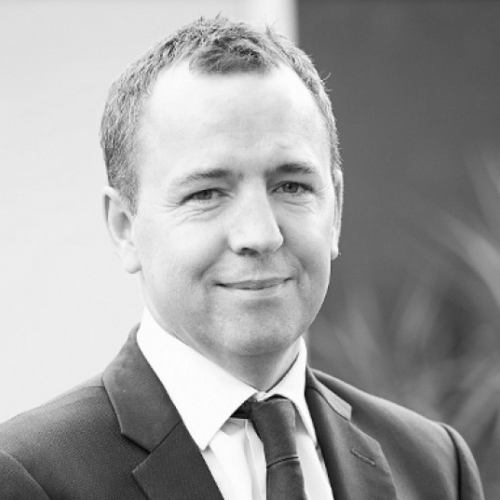 Jerry Collins is the Director of Secondary. Previously he was Principal of Ark John Keats Academy, which opened in September 2013 in Enfield. Prior to this, Jerry was founding principal of Pimlico Academy which was rated outstanding by Ofsted during his tenure.

Sir Paul Marshall is Chairman and CIO of Marshall Wace LLP. He is also Chairman of the Education Policy Institute (EPI), an Education think tank which was launched in 2005. He is the author of “The Tail: How Britain’s schools fail one child in five” (2013), "Tackling Educational Inequality" (2007) and co-author of "Aiming Higher: a better future for England's schools" (2006). In 2015, he co-founded The Marshall Institute for Philanthropy and Social Entrepreneurship, based at the London School of Economics, which aims to improve the impact and effectiveness of private philanthropy. He was Lead Non-Executive Director of the Department for Education from 2013-2016. 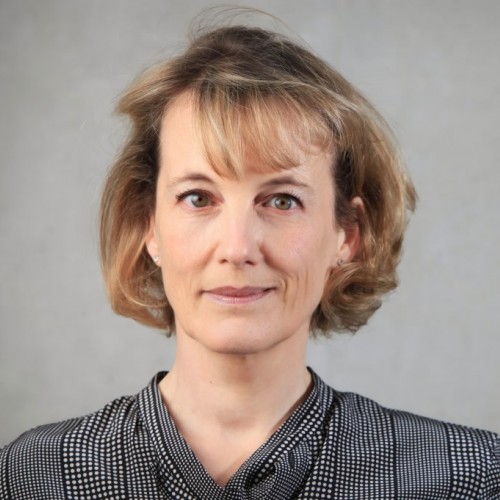 Lucy joined Ark in 2004 from TSL Education, a subsidiary of News International, where she was joint Managing Director. Her previous roles include General Manager of The Observer and Executive Chairman at Verso, a trade and academic publisher. She has worked for many years with a number of charitable and voluntary organisations including the Marshall Commission, Community Links and the Bush Theatre.

Lord Fink is Chairman of ISAM, an alternative investment manager which specialises in quantitative investing, which he joined in 2008. Before this he was CEO and Deputy Chairman of Man Group plc, having had an illustrious career with them spanning 21 years, helping to build the company into the largest hedge fund in the world.  Lord Fink was principal treasurer of the Conservative Party and was elevated to the Peerage in 2011. He is a committed philanthropist whose passions include education (he is Chair of Governors of Ark Burlington Danes Academy), health and the reduction of global warming via application of carbon markets and new technology.

Gerard Griffin is portfolio manager at GLG Partners.  Prior to joining GLG in 2010, Gerard was CEO and founder of Tisbury Capital Management. Gerard currently serves as Chair of the Board of Governors of Isaac Newton Academy, and he is also on the board of St Luke’s Centre in Manchester.

Anthony Williams is Chairman of Bluefield Partners LLP, a specialist asset manager for solar infrastructure, and a former Partner of Goldman Sachs & Co where his roles included Global Co-Head of Swaps, Global Head of Fixed Income Arbitrage and Chair of the Risk Committee for Fixed Income, Currencies and Commodities. He is Chair of Governors at Ark Walworth Academy and Chair of Ark's International Education Task Team. He previously held a Research Fellowship in Radio Astronomy at St John's College, Cambridge and has a BA and PhD in Physics from Cambridge, as well as a BA in Philosophy from Birkbeck College, London.

Tina currently undertakes a number of trustee roles within the third sector, including Clore Social Leadership and Pilotlight, and is also Chair of Governors at Ark Swift Primary Academy. She was involved in the formation of the Resolution Foundation and is now a Trustee. The Resolution Foundation is an independent research and policy organisation whose focus is to improve living standards for the 15 million people in Britain on low and middle incomes. Prior to working in this sector, Tina’s career was spent in the banking and insurance industry with KPMG, J Rothschild and HSBC.

Jo is Founder and Managing Director of Barwood Capital Ltd, a UK regional property specialist, and has taken a leading role in the creation and growth of several other successful property related businesses across a range of sectors between 2006-2017. Jo began her career at Ernst & Young before joining Thomson Reuters to create and lead an in-house global mergers and acquisitions team. Jo was a Trustee of the Girls Day School Trust (GDST) from 2011-2017 and a member of the GDST Academy Trust Board from 2015-2018, including acting as Chair of the Audit and Finance Committee.

Dan was appointed Chief Executive Officer of Lendlease Europe in 2009 and is based in London. Previously, from July 2012 until August 2014, Dan was Group Chief Operating Officer.

Dan began his Lendlease career in 1997 in Australia and between 1999 and 2001 he served as Lendlease’s Project Director for the Expansion of Sydney Airport ahead of the 2000 Sydney Olympics. In 2001, he left to take up the role of Chief Executive of The Hornery Institute, a not-for-profit organisation established by Lendlease employees and shareholders. This role ignited Dan’s passion for Sustainability and he continues to actively champion Sustainability, having previously served as a director of the Green Building Council of Australia and as Chairman of the UK Green Building Council.

Returning to Lendlease in 2004, Dan served in senior roles before he relocated to London in 2006.

Riaz is a Senior Partner at EY, the global professional services firm, where he has been a partner since 1997. His current role is Global Talent Partner, and he leads Learning for over 300,000 people. His 30 plus years’ experience at EY includes serving clients with accounting and IT consulting services, as well as several firm leadership roles.

Riaz is the founder and chair of the One Degree Academy in Enfield.  Riaz is also part of the faculty at Hult Ashridge Executive Education, a Fellow of the Royal Society of Arts, an alumnus of Singularity University’s Executive Programme, and a member of Harvard Business School’s Global Alumni Board.

Fiona Forbes is a marketing consultant at Off The Fence Marketing. After graduating from Durham University, Fiona spent a decade working at Unilever before setting up Off the Fence Marketing in 2012. Fiona is a governor at Ark Putney academy and shares Ark’s aim of giving every Ark pupil an outstanding education and the best possible opportunities.